The leadership of a marching band is extraordinarily important; both from a musical and entertainment perspective.  Very parallel to a head football coach, a strong marching band leader ignites recruitment, draws the best out of the performers, has an acute sense of showmanship and entertainment, and understands how the marching band significantly impacts fundraising and university pride.

A strong leader is also always looking for ways to create new university traditions and touchpoints of the university songbook.

There is a reason these marching bands are the best; it’s their leadership.

A wise usage of athletic program funding would be to lure the top leadership talent to head its marching band. The results would be immediate to so many universities…

Founded in 1868, the Marching Illini is clearly one of the nation’s premier college marching bands.

In the 1920s, the march king himself, John Philip Sousa, called the Marching Illini “The World’s Greatest College Band.”

The Marching Illini are known for carrying out the beautiful melodies of the university’s music throughout the community.

During the band’s halftime performance of the school’s alma mater, “Hail to the Orange,” the crowd’s singing is so deafeningly loud that the conductor stops conducting the band, turns around on the podium, and conducts the audience instead… 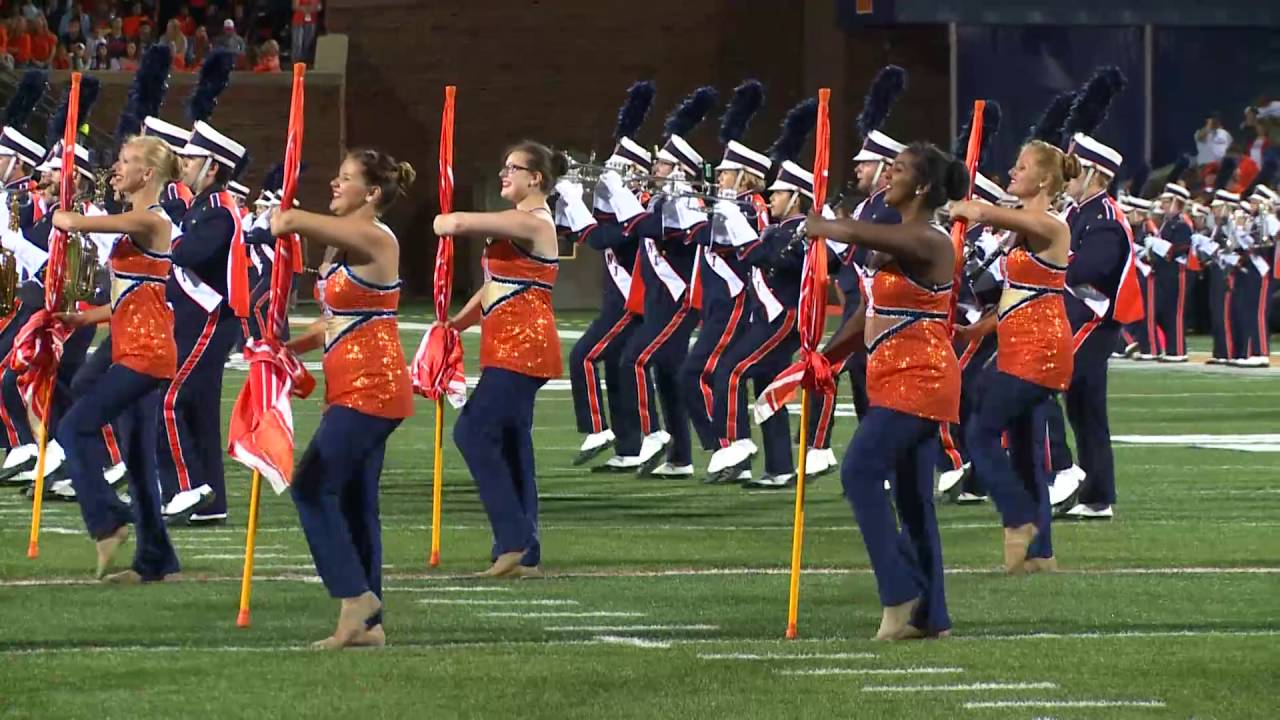 The University of Alabama Marching Band was dubbed “The Million Dollar Band” by an alumnus due to their efforts in raising money in order to accompany the Alabama football team to off-campus games.

The Million Dollar Band has always been there to support their football team and community and in return, they have shown their gratitude right back.

The die-hard football fans look forward to singing the school’s fight song “Yea, Alabama” and seeing the band form the famous “BAMA” formation just about as much as they love watching the always exciting Alabama football team.

If you claim to be an Alabama fan but can’t sing along with The Million Dollar Band, are you really a fan at all? 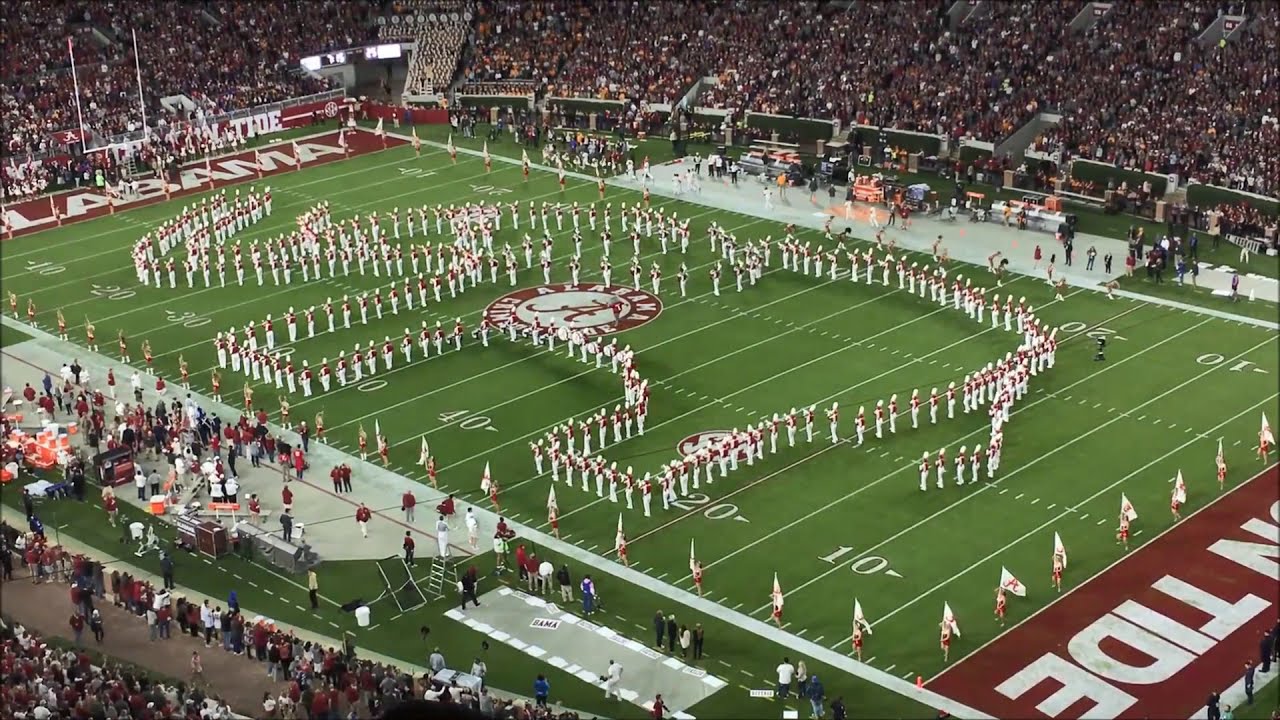 “THE SPIRIT OF TROY”

The band who is also known as “Hollywood’s Band” is the only collegiate band to have two platinum records.

Being from Hollywood, The Spirit of Tory naturally adds a unique theatrical element to the university’s fight song “Fight On” and gameday classic “Tribute to Troy.”

Both songs sound as if they were straight out of a movie soundtrack with the band members acting the part of Trojans warriors. This powerful opening sequence by The Spirit of Troy never fails to garner audience chants as the fans prepare for Trojan football to go to battle. 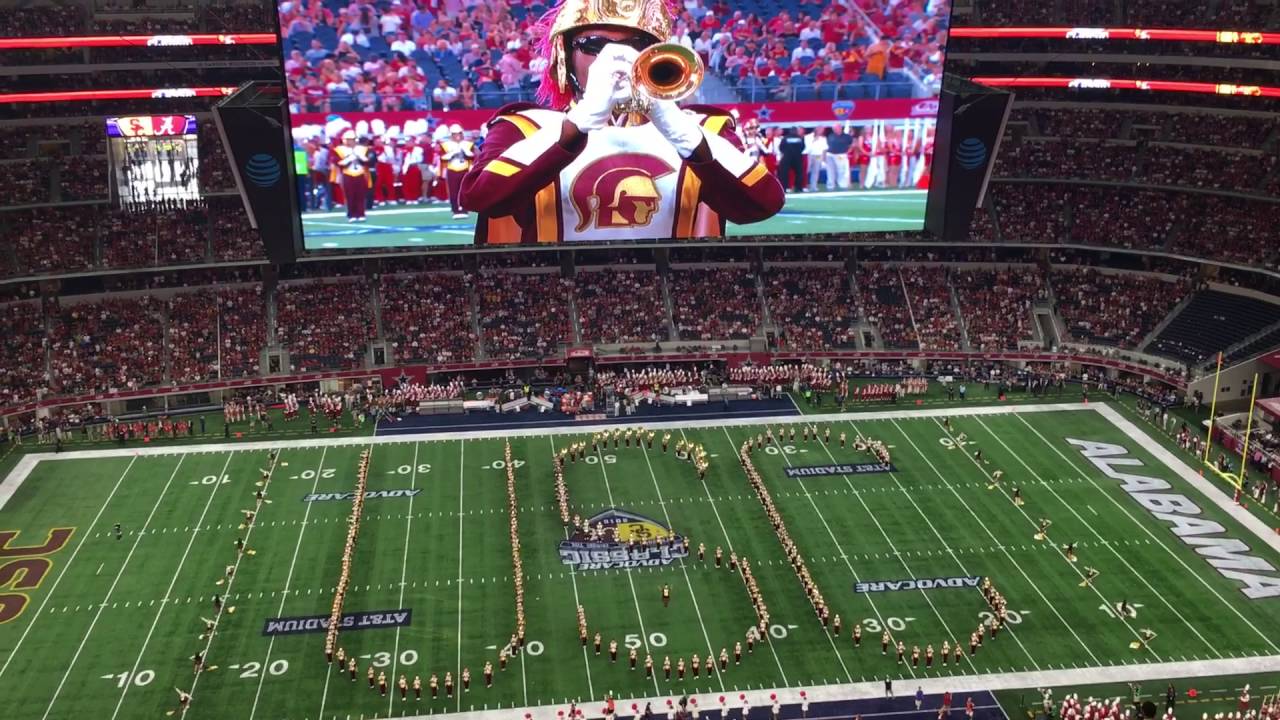 The Auburn University Marching Band does everything with just a little more flare.

These guys put the “show” in showmanship.

After the band’s 90-second introduction hype video, the band comes sprinting out of the endzone tunnel in a perfect high step.  The crowd roars “GO UA” led by the band and cheerleaders. Everything in unison because the pregame has been exactly since 2004.

Why mess with perfection!

The Auburn University Marching Band has established a college football tradition that rivals any other through striving for consistent perfection in order to gain crowd engagement. 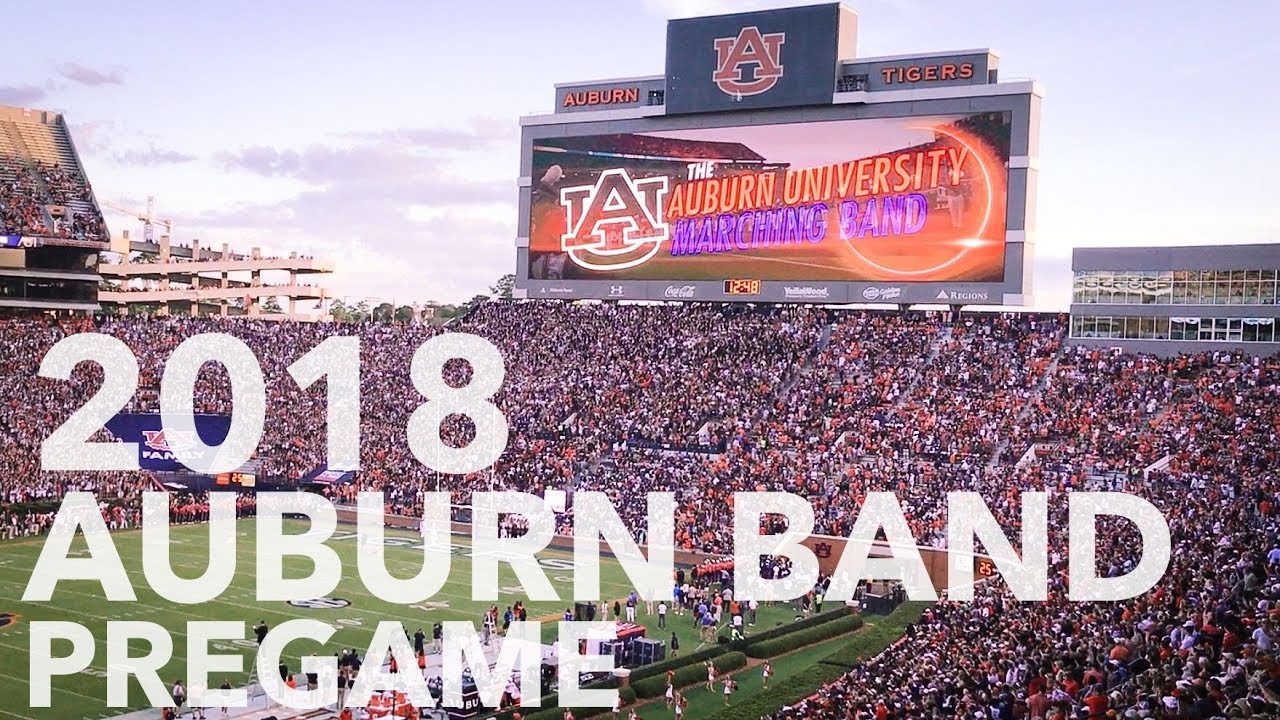 Known as “The Showband of the Southwest,” the University of Texas Longhorn Band never fails to put on a show.

This 375-member band, dressed in their characteristic cowboy-style uniform, has a traditional pregame show — but is by no means unmemorable.

When the Longhorn Band spreads across the field to play their school fight song with a southwest, Texas flare titled “Texas Fight,” not a single longhorn fan can resist clapping along.

Oh yeah, and they also have one of the world’s largest base drums called “Big Bertha” that takes five band members to maneuver and play.

After all, everything is bigger in Texas! Big band, big crowd, big drum, and big engagement! 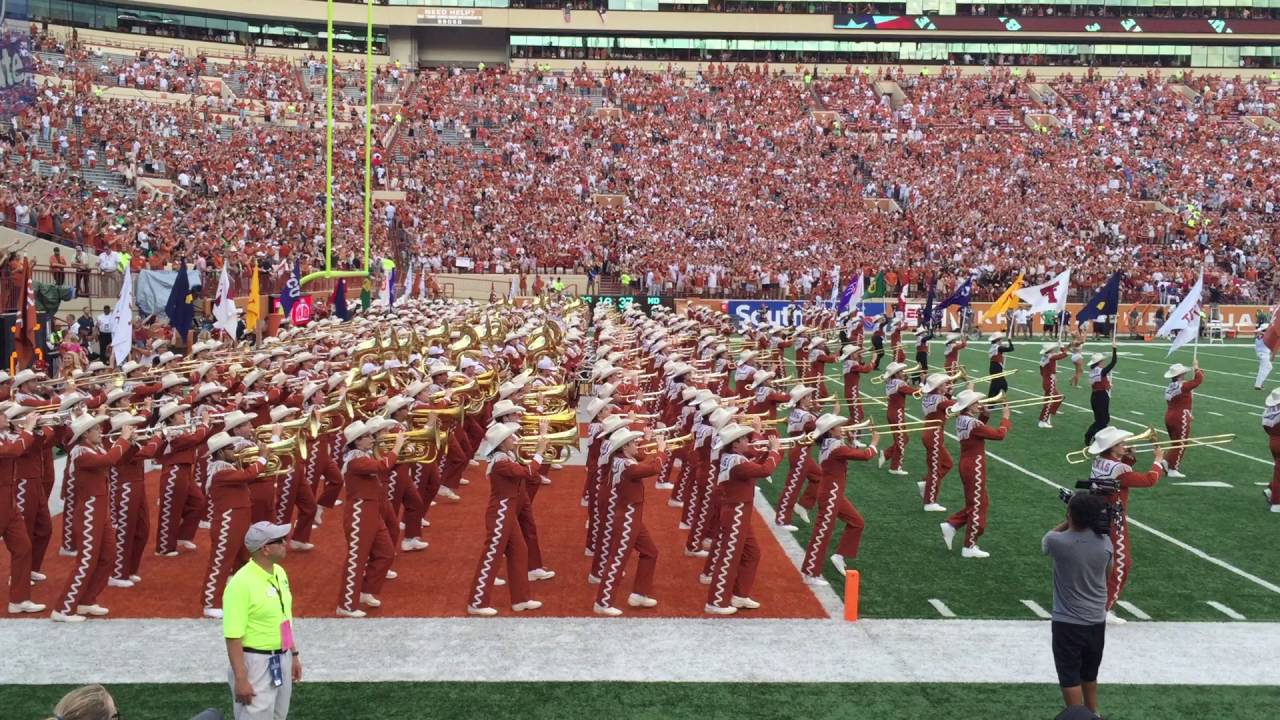 “THE PRIDE OF OKLAHOMA”

You know the band is something special when the fans cheer as loud for “The Pride of Oklahoma” marching band as they do for their nationally ranked football team.

Armed with 330 energetic members, a reigning national collegiate champion featured baton twirler, and one of the most recognizable university fight songs of all time, “Boomer Sooner,” The Pride of Oklahoma raises fans to their feet and puts on a show week in and week out!

What is the only thing louder than this power-house marching band? The crowd singing along with them! 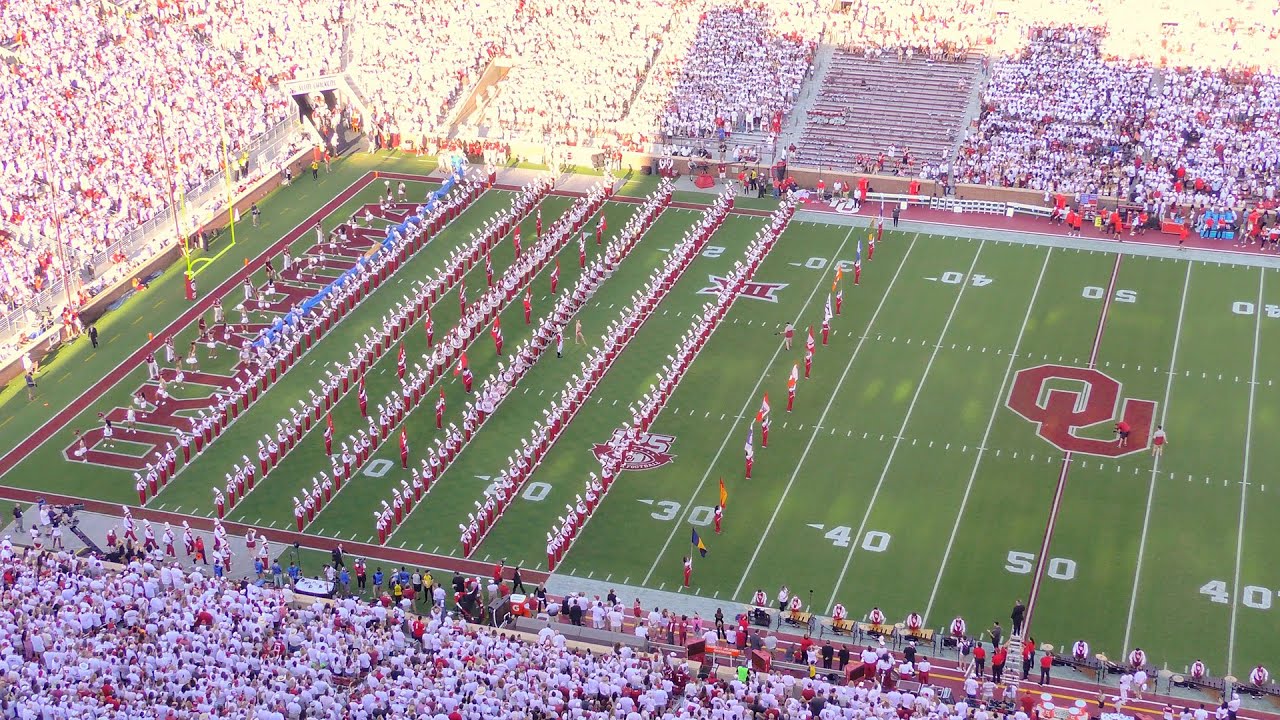 As the first-ever recipients of the famed Sudler Trophy, known as the Heisman of the marching band world in 1982, the Michigan Marching Band has had a long history of success.

This band has not only gained its notoriety from its big sound and clean high-step marching.

Every home game, The Michigan Marching Band performs for the largest crowd in college football history at over 107,000 people. Every single one of those 107,000 people singing along to the band as they play the school fight song, “The Victors.” 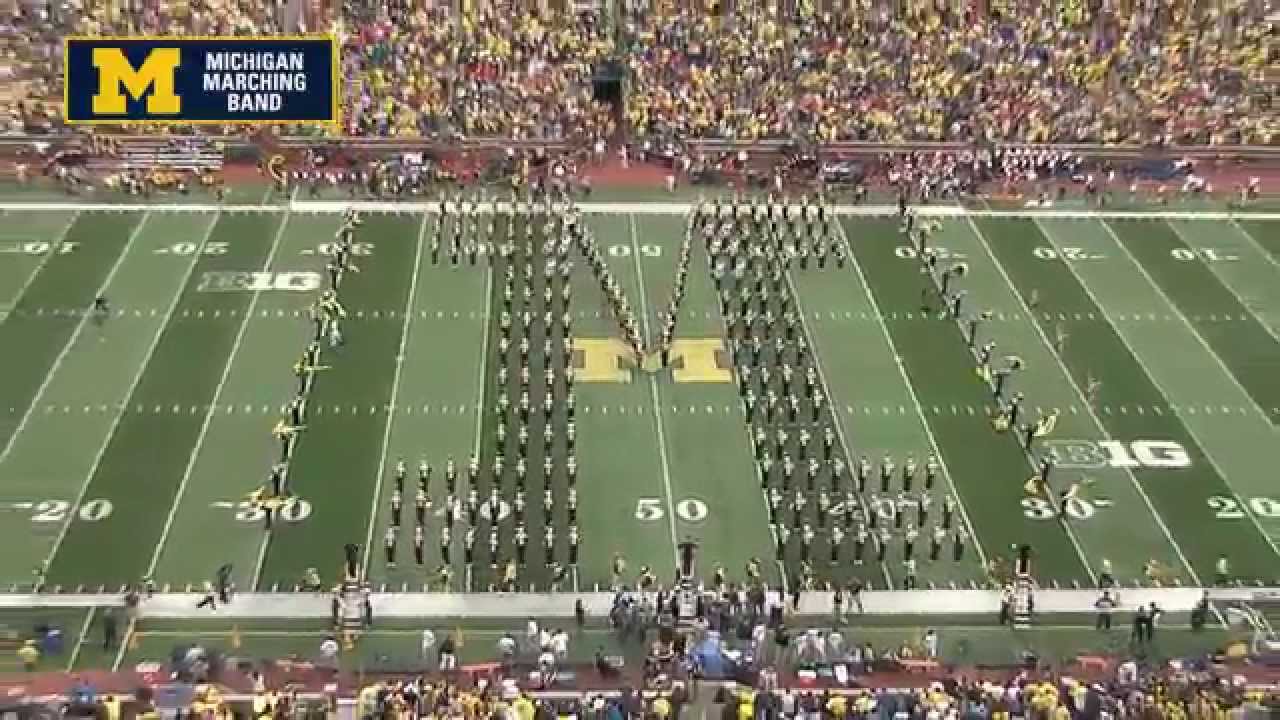 The Ohio State University Marching Band, aka “The Best Damn Band in the Land (TBDBITL),” is truly the most versatile college marching band in the nation.

The band is one of the few collegiate all-brass and percussion bands and is rooted in its military tradition from 1878 when the band was founded.

The Ohio State University Marching Band puts on one of the most famed and precise pregame shows in the history of college marching bands. They are able to play and march to near perfection, pleasing their fans and telling them it’s game time.

By halftime, a transformed Ohio State Marching Band comes out on the field and throws away their militaristic traditions and entertains the crowd with their pop melodies and a formation of Michael Jackson moonwalking across the field.

This is a band that can do it all and never fails to keep their fan base singing. Whether that be “Buckeye Battle Cry” or “Billie Jean.” 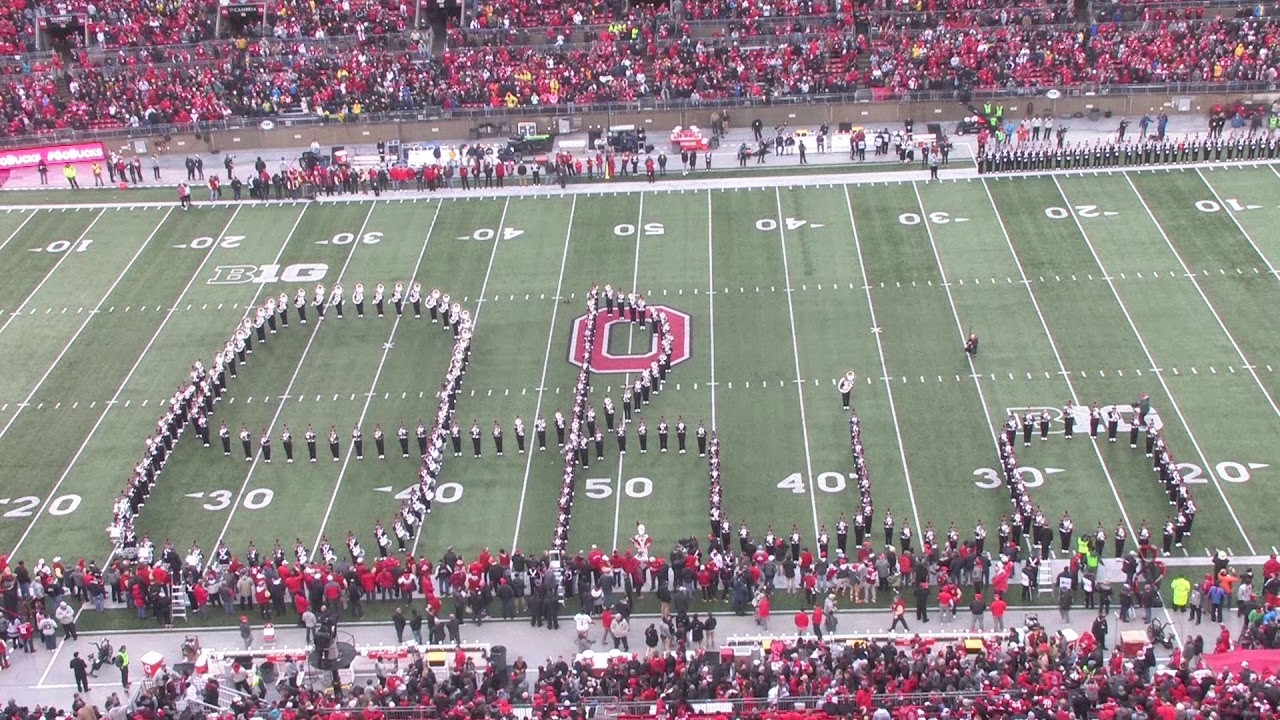 If you closed your eyes at any given Penn State home football game at the very moment that the marching band came out on the field, you’d think it was the Beatles coming through that tunnel.

To say that Penn State fans love “The Marching Blue Band” is an understatement.

The primary focus of this beloved band is to support the Penn State Nittany Lions Football team and entertain the nearly 106,000 fans that fill Beaver Stadium, and that is exactly what they do.

While they are not the largest collegiate marching band, they could have fooled me with the amount of sound they produce! When the Marching Blue Band is playing, the fans are out of their seats and singing and chanting along to support their team.

Their role in the football program is undeniable and to the fans, they are as much part of the game as the team themselves! 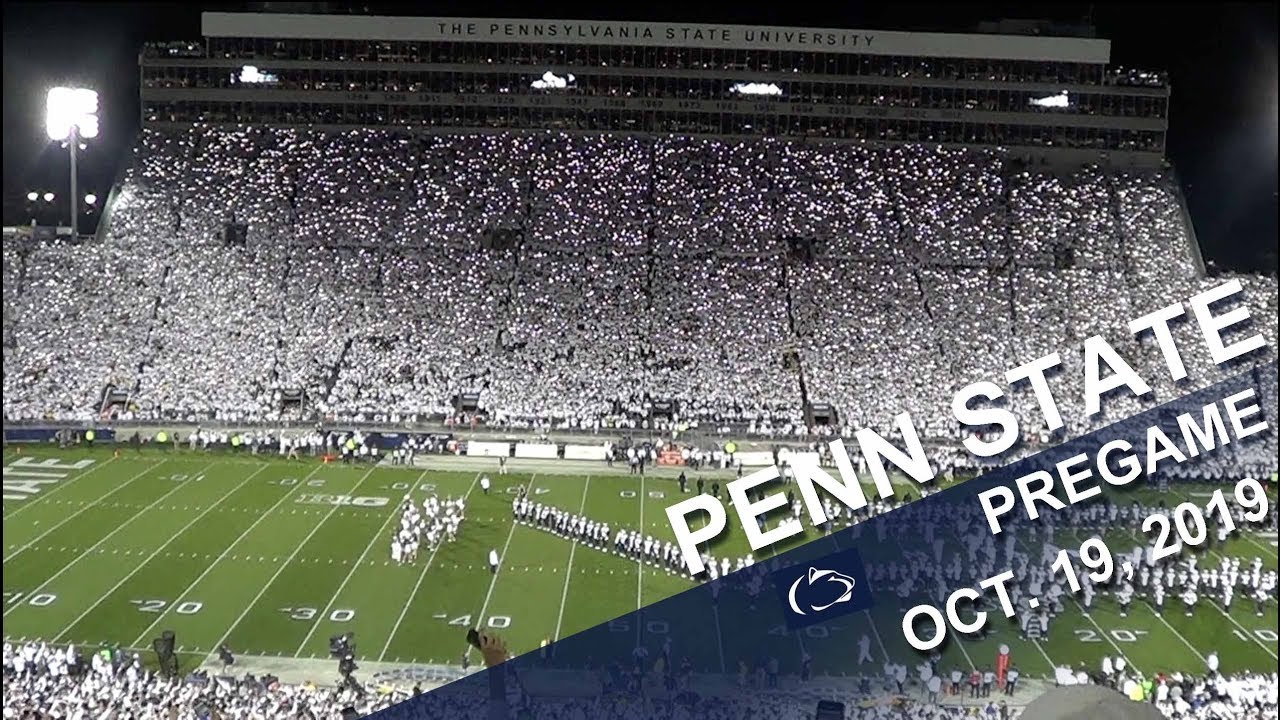 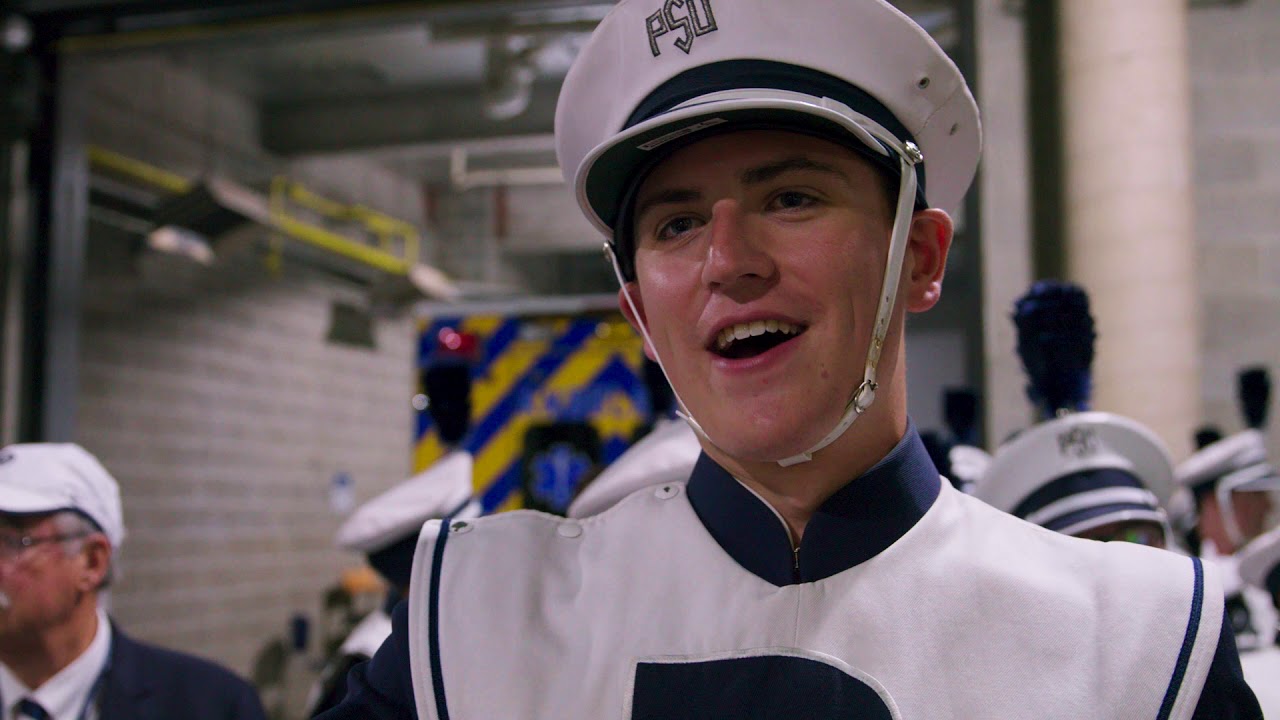 Simply the best.  And the oldest, to boot — the first marching band in America.

The University of Notre Dame Band of the Fighting Irish is top drawer from a musical and entertainment perspective — and so understands the value of creating traditions and touchpoints around its musical performances.

When fans hear that famed, booming drum cadence and see 400+ band members shuffle out of the tunnel for their pregame performance, they know they’re in for a show.  And they know they’re all, every one in the crowd, is a participant in their show.

From their performances with the “Boston Pops” to being integral to so many traditions and touchpoints at the university — they are the poster child of using music to fortify fundraising, recruitment and boost their university’s spirit. 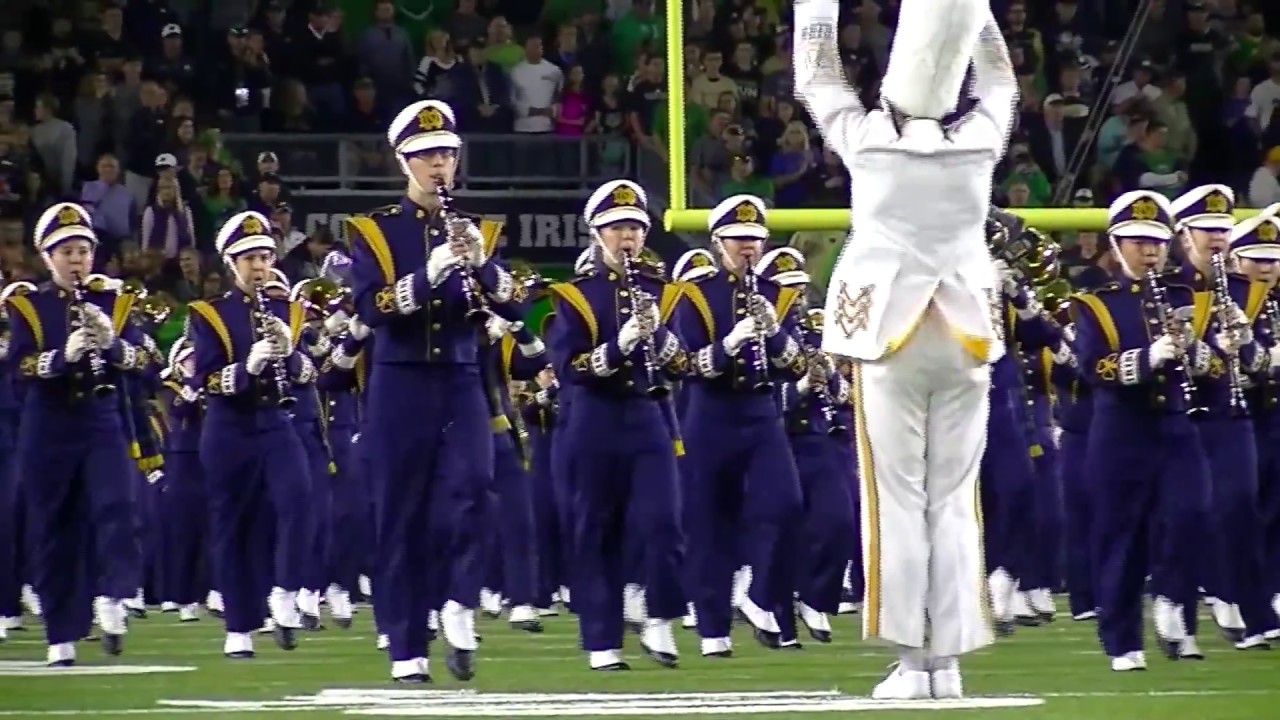